← A dream of life again…
Remember the name… →

When you play a game of thrones, you win or you die..

This post was definitely inspired by Elements: What to Wear in Westeros series.  I love this series and how she breaks it down.  I admittedly did try to roleplay Game of Thrones and was quickly lost and overwhelmed.  I love the television series and I have read a few chapters of the first book.  I plan to try the roleplay again at some point when I feel like I won’t be making a huge fool out of myself.  *chuckles*

The next meme in the series is three wishes for Second Life.  I probably could list more than three but these are the most important to me.

1.  I wish there were less or no out of character drama in roleplay sims.  It’s always unavoidable no matter what genre you are roleplay.  Someone will spoil the fun for others with some sort of drama.  Sometimes the drama can split up a group or close a sim.  Drama is everywhere in life and in Second Life but I wish that it simply did not exist in my roleplay!

2.  I wish that my inventory would automatically sort itself.  These are wishes right?  This would be ah-maz-ing!  I would love to open my inventory and find it sorted in just the way I would like.

3.  I wish that I could create things.  I have tried and failed.  When I first started playing Second Life, I made pajamas.  I tried creating costumes from She-Ra a few times.  I am no good at creating things.  Maybe someday? 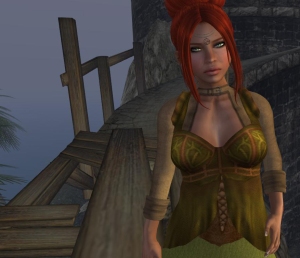 What sort of Game of Thrones character would you play?  I think I would definitely enjoy playing a small folk of some kind.  I like some of the more mystical elements of Game of Thrones.  The scenes with the followers of the Lord of Light are really getting interesting this season!

Just another random character within the metaverse that enjoys shopping, roleplaying, and admiring gorgeous things!
View all posts by aluram »

← A dream of life again…
Remember the name… →

An exploration of fashion design in a virtual world

Bringing You SL Fashion since 2012

Your blog into all types of fashion and props!

A monthly Shopping-Event for Role-players

What *IS* Willis Talking About?

A Full-blooded Woman Dreaming With the Power Just to Be

A RFL of SL Event

just a sl blog full of a sauce made of awesome.

Where great fashion comes with a story.